Why do fighters put vaseline on their face?

In short, vaseline is applied to a fighter’s face in order to lower the likelihood of a cut. Vaseline makes the skin slippery, which makes it less likely to tear under the force of a punch. Fight promoters want to reduce facial lacerations to the fighters because a fight ending due to a cut is often unappealing to the fans.

In both boxing and MMA, the application of petroleum jelly (commonly known as vaseline) is done by someone known as the cutman. As the name implies, this person’s sole responsibility is to prevent and minimize any cuts to the face of the fighter, before the fight starts and in between rounds.

In the rest of this post, I’ll cover how vaseline works to prevent cuts, why promoters encourage its use, and how its use differs in MMA and boxing.

First, let’s talk about how a cut occurs in a fight in the first place.

As you know, the skull is made up of complex edges that creates the shape of someone’s face. In particular, the orbital bones (those surrounding the eye) have sharp edges that protrude from the face. The protrusion is most pronounced on the edge of the eyebrow and on the hight cheekbone.

The Zygomatic bone protrudes slightly from the face, making it prone to laceration.

As the skin is stretched tighter in this area and is close to a sharp edge in the skull, contact in these areas is more likely to result in tearing of the skin. Not surprisingly, these are the most common areas of laceration during a fight. The main cause of tearing in these areas is the friction caused by the impact of a leather glove against the skin. The friction is increased when the skin is against a sharp part of the skull such as pointed out above.

Now of course, any strike can cause a tear in the skin with enough force. However, the application of vaseline reduces the friction between a fighter’s glove, and the other fighter’s face. This lowers the chance of the skin tearing from the glove’s leather being dragged across the face.

Vaseline has the same effect on the fighters’ skin. If you note the placement of vaseline by the cutman, it is usually done around the orbital area.

Here you can see the cutman applying pressure to a cut on the eyebrow, as well as placing vaseline on the fighter’s cheekbone.

And yet even with the application of vaseline, some fighters still tend to get cut in high-risk areas of the face.

For example, UFC fighter Nate Diaz is known for his propensity to get cut both on the cheekbone and eyebrow line in his fights, with his UFC 244 main event ending in a doctor stoppage, to the dismay of the fans.

UFC fighter Nate Diaz endured cuts in common areas during his fight with Jorge Masvidal at UFC 244, resulting in a doctor stoppage.

This leads me to the reason for why it is in the best interest of both the fighters and the promoters to prevent cuts to the face through the application of vaseline.

Why Promoters Encourage The Use Of Vaseline

Well in short, the promoter does not want the fight to end in a Doctor Stoppage. This occurs when the ringside doctor is asked to evaluate a fighter’s condition upon request of the referee. If the doctor deems the fighter’s health to be at risk, due to a cut or otherwise, the referee will end the fight, and it will officially be declared a Doctor Stoppage.

Now of course, fight fans typically find doctor stoppages to be an anticlimactic way to end a fight, and will often show their displeasure at the result. After the ending of UFC 244, Nate Diaz himself took issue with the stoppage, noting that he has been cut in the same areas in many of his fights.

The promoters of the fight (In this case, UFC President Dana White), are aware that the fans dislike a fight ending due to a cut. So in the case of the UFC, they want to employ the best cutmen in order to prevent anticlimactic fights, and positively portray the UFC brand.

That’s pretty much all there is to why fighters use vaseline in their fights, both prior to starting and in between rounds. So to summarize this post:

In short, fighters put vaseline on their face to prevent cuts while fighting. Vaseline makes the skin slippery and less likely to get cut when getting hit. In turn, a fighter is less likely to lose a fight due to a doctor stoppage from a cut.

I hope this post helped explained why petroleum jelly (vaseline) is used during boxing and MMA fights. If you enjoyed this post, be sure to check out similar articles on the Martial Arts History page. Thanks for reading!

The 5 Most Famous UFC Referees 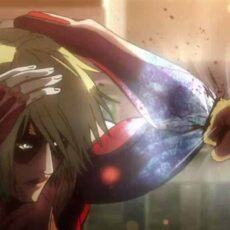