As you probably already know, in the series Avatar: The Last Airbender, some of the characters are known as benders, able to manipulate the four elements using martial arts.

What you may not know, is that the movements used by benders in the show are based on real-life Chinese traditional martial arts styles. So in this post, I’m going to compare the different styles used in the show, and compare them to the real-life thing.

What martial arts are used in Avatar: The Last Airbender?

In the rest of the post, I’m going to break down the traits of each martial art, and how they are portrayed in the Avatar series.

In Avatar: The Last Airbender, airbending is based on the traditional Chinese martial art known as Baguazhang. In the series, Aang can usually be seen fighting in a traditional Baguazhang stance. This style of fighting is flowy and elusive, similarly to Aang’s.

I want to note that as examples for the rest of this post, I’ll be using the moves performed in the intro of the series. I didn’t use techniques used within the show due to how easy it was to use the intro, but you will likely see the real-life depictions match the respective characters’ movements.

Alright, back to airbending.

Baguazhang is an internal martial art, meaning that it is supposed to focus more on spirituality or mentality than physical fighting. Baguazhang (八卦掌) translates to “Eight Trigram Palm”, and is based on the Bagua diagram, a symbol attributed to Taoism.

You may recognize the Eight Trigram Palm translation from the anime series Naruto, where the Hyuga clan use a style of fighting known as the gentle fist, which is also modeled after Baguazhang. You can read more about in the post I wrote about what martial arts are used in Naruto.

The distinctive Baguazhang stance is shown in the image above. One thing to note is the bending of the legs, while putting one leg out as if in a walking motion. This is a similarity you’ll see with Aang’s stance in the intro, which is shown below.

Airbending demonstrated in the intro to the series. Although the legs are more bent here, it is very similar to the Baguazhang stance shown earlier.

Baguazhang can also be identified by its flowy movement, as it was designed to be elusive, much like Aang in the series. Another trait of Baguazhang is its circular movement, as users try to get behind their opponents.

In Avatar: The Last Airbender, firebending is based on the traditional Chinese martial art of Northern Shaolin Kung Fu. It is an external fighting style noted by its long aggressive strikes, as well as its flying kicks, similar to techniques used by firebenders in the series.

Northern Shaolin is focused on stances that are very extended, and that practitioners transition between strongly and quickly. The transitions should be fluid, generating force to use as an attack.

The techniques in Northern Shaolin styles are meant to drive through the opponent, as students are taught to imagine their strikes penetrating forward for a thousand miles. These styles are also very acrobatic, and use more legwork when compared to the other traditional Chinese martial arts.

Azula performing a high kick in the intro to the series, similar to those in Kung Fu.

The firebenders in the series, mostly Zuko and later Azula, can be seen using very fierce strong punches and kicks, as well as acrobatic ones, such as the one from the intro shown above.

In Avatar: The Last Airbender, waterbending is based on the traditional Chinese martial art of Tai Chi Chuan, more commonly known as Tai Chi. It is an internal martial art, focused on controlling one’s energy. It is characterized by slow, flowing movements, much like the waterbenders seen in the show.

Here you can see a traditional stance, much like the slow stances use by waterbenders in the series.

Tai Chi was originally conceived as a martial art, created on the idea of the dynamic relationship between Yin and Yang. It is almost the opposite of what the Northern Shaolin styles are like, which was very fitting for the purpose of the series.

Tai Chi also focuses on transitions between different stances. However, Tai Chi is very slow in nature, and places more emphasis on the fluidity than it does on the force of the technique.

A waterbender showing his technique while in a traditional Tai Chi stance.

The fluidity of Tai Chi is very fitting for the waterbenders, as they are very fluid and graceful when fighting, in contrast to firebenders.

In Avatar: The Last Airbender, earthbending is based on a traditional Chinese martial art known as Hung Ga, or Hung Kuen. Hung Ga is noted by its deep, low stances, as well as strong hand strikes. The strikes are similar to those used by earthbenders when they move pieces of earth.

Although not exactly the same as the stance from the series intro, this is a Hung Ga stance.

The Hung Ga stances are usually wide and sturdy, with focus on connecting with the earth. This is why Hung Ga practitioners rarely use kicks.

The Hung Ga principles are clearly visible in the series, with the earthbenders usually kicking up the earth with a stomp from their stance, and then striking it to move the earth.

The earthbender’s stance is deep and low, a staple of Hung Ga.

The firm, solid movement of Hung Ga is very fitting for the manipulation of the firm, solid element of earth. However, there is one earthbender who has a unique martial arts style…

Toph has a unique style of earthbending, which is slightly different from any other benders in the series.

Toph’s style of earthbending is based on the Southern Praying Mantis style of Kung Fu. It is identified by its backwards-leaning stance, as well as bent arms pointed forwards.

Toph usually takes a stance leaning back, with her arms bent forward.

The arms are kept extended forward, to reduce the time needed to strike again, able to strike in succession. There isn’t much else related to the fighting style that is incorporated into Toph’s character, but it is an interesting part of her stance at the very least.

The Southern Praying Mantis style is noted by its leaning stance and bent arms held out.

So that’s pretty much it for the martial arts styles used in Avatar: The Last Airbender.

I hope this gave you some insight into the different martial arts in the series, and how they applied to the bending of each element. If you enjoyed this post, please consider checking out similar ones on the Anime page. Thanks for reading! 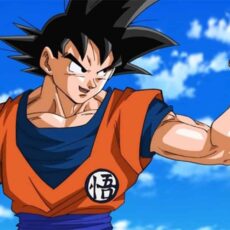 What Martial Arts Does Goku Use in Dragon Ball Z?

How Long Does A UFC Event Last?

Is Karate Effective In MMA?