When it comes to self-defense in the real world, it is always best to have a weapon. However, we know that at some point, you may have to resort to your hands and feet, and use any fighting skills you have.

There is a reason hand-to-hand combat is still taught in the military, as a soldier is more effective when they know combat skills. However, there is also some debate about the most effective style of fighting for the real world, a debate that I’ll explain and settle in this post. What is the best hand-to-hand fighting style?

The best hand-to-hand combat style is by far Krav Maga, when it is used effectively. This is because Krav Maga is a military fighting style strictly used for self-defense, meaning that there are no rules or illegal strikes. This allows for the use of techniques such as groin strikes, eye pokes, and headbutts, all of which are extremely effective in hand-to-hand combat.

There are several other reasons for which Krav Maga is the most effective hand-to-hand fighting style, such as its relative simplicity, and its adaptation of other martial arts. In the rest of this post, I’m going to dive into what exactly Krav Maga is, why it is so effective, and some alternative hand-to-hand combat styles that can also work just as well.

What Is Krav Maga?

Chances are, you’ve probably never heard of Krav Maga, although if you’re into martial arts or self-defense, you might have.

Krav Maga is a self-defense system created for the military of Israel (Israel Defense Forces). The system was created by a Hungarian-Israeli martial artist named Emrich “Imre” Lichtenfeld.

Lichtenfeld was a talented martial artist, and likely one of the first people ever to fight in a style similar to what we know today as mixed-martial arts. Growing up, he was both a wrestler and a boxer, and he later learned to combine different fighting styles into a singular, most effective one.

During his 20s, his home of Bratislava began growing an anti-semitic population. Lichtenfeld (himself being Jewish), began gathering other Jews with combat experience to defend themselves from anti-semitic riots and gangs.

As the anti-semitic crowd grew in his area, he became increasingly more experienced from his street fights when defending his community. He went developing a fighting system that was as effective as possible, especially for street-fighting and self-defense.

Later, Lichtenfeld would flee growing Nazism in Slovakia, and move to Palestine. There, he taught Palestinian forces about how to fight, as military leaders recognized his fighting prowess. He served Israeli forces until 1964, after which he further developed Krav Maga, and taught it to civilians.

The martial art itself is very much like MMA, as it consists of takedowns, punches, kicks, and chokes. However, it also contains attacks not allowed in MMA, such as headbutts, and groin strikes. Its lack of restrictions makes it an all-encompassing self-defense system. 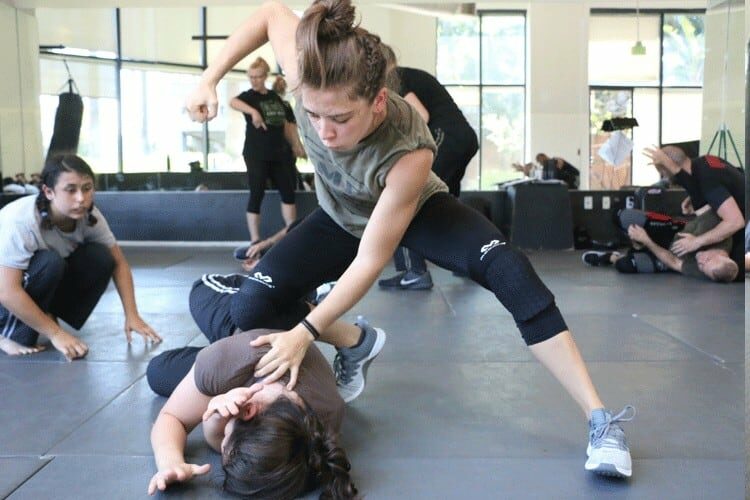 Krav Maga is very similar to MMA in both training style and focus on effectiveness.

To give you an impression of how effective Krav Maga is, I’ll give you this quote from Lichtenfeld himself:

“The leg of a baby is stronger than the balls of Muhammad Ali.”

Why Is Krav Maga The Best Fighting Style?

So now you might be thinking, “Sure, Krav Maga sounds great, but is it really the best martial art? And why or why not?”

Well, those are some great questions, as it is good to remain skeptical of any martial art or defense system, especially in theory. The difference is that Krav Maga was not based on theory, but rather, on actual fighting.

Krav Maga is the best fighting style because it encompasses all aspects of fighting. It is not a combat sport where certain moves are not allowed, or where rules and time limits influence the fight. It is simply fighting in its truest form, a system where anything can and will be done to defend yourself from the enemy.

Lichtenfeld’s experience with street-fighting helped him hone the technical aspects of boxing and wrestling into something that is more effective in the real world. 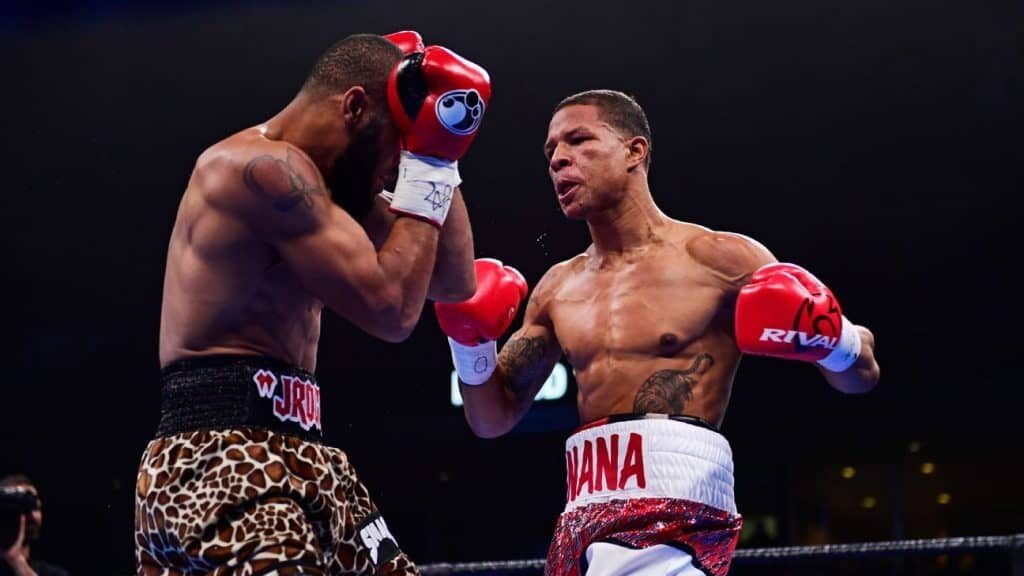 Boxing is a very effective form of self-defense, but sport boxing is different from street boxing.

The sport aspect of fighting teaches you certain patterns and ideas that do not apply in the real world. For example, boxing rounds are three minutes long, after which boxers get one minute of rest before the start of the next round.

But in the real world, there are no rounds or rest periods, and so you must adjust your fighting style accordingly. In short, Krav Maga is based on self-defense, not a sport.

Krav Maga was created by Lichtenfeld, who was an experienced combat athlete. However, he realized that not everyone has the time or ability needed to learn high-level boxing and wrestling techniques.

For this reason, Lichtenfeld decided to stick to the basics. Krav Maga teaches aspects of all martial arts, but only the most important parts. This focus on the most simple and effective techniques makes Krav Maga a martial art that is easy to learn, but that still works.

As Lichtenfeld himself would state, street fights are dirty and unpredictable. For this reason, Krav Maga teaches quick and effective ways to end a fight, without allowing the opponent to gain the advantage.

Groin strikes are so effective, that they can even render professional MMA fighters (wearing groin protectors) unable to fight.

This means using techniques that are not common or are even illegal in combat sports. As already mentioned earlier, the most effective ones include groin strikes, eye pokes, and headbutts.

These techniques can end a fight quickly, without needing years of martial arts training to use them effectively.

Also, Krav Maga teaches students to defend themselves with anything at their disposal. (I know this post is strictly about hand-to-hand, but I thought that might be good to know.)

Lastly, Krav Maga incorporates all styles of fighting. As simply a boxer, you are susceptible to takedowns and clinch fighting. As just a wrestler, you are likely to get hit while fighting on your feet.

Like MMA, Krav Maga incorporates all effective styles of fighting.

For this reason, Krav Maga teaches techniques that are useful in each martial art style, those including:

In this way, it is very similar to the modern concept of mixed martial arts. As more effective techniques are discovered, they are applied to the constantly evolving system of Krav Maga.

What Are Some Alternatives To Krav Maga?

So what if you don’t want to train Krav Maga? There are several reasons why you might choose to train in a different system. The main reason is probably the lack of real, authentic, Krav Maga schools.

Many Western Krav Maga schools are marketed to people with little-to-no self-defense or martial arts experience. The instructors are less concerned with teaching real techniques than they are with making money.

This creates Krav Maga schools that are watered-down, and that deviate from the original idea of real techniques that actually work. So if you are unable to find a good Krav Maga school, here are some other martial arts that could suit you just as well:

If there’s anything that the UFC has taught us, it’s that BJJ is the most effective style of fighting for one-on-one confrontations. The winner of the first-ever UFC event, Royce Gracie, was a Jiu-Jitsu practitioner.

Despite his disadvantage in size and weight, Royce Gracie proved that Brazilian Jiu-Jitsu is the most effective martial art at UFC 1.

Jiu-Jitsu is a good martial art because it is practiced often. There is little theory to jiu-jitsu, because any ideas can simply be implemented while training.

Jiu-jitsu is unique in that one can train with their partner with the full intent of beating them, and yet both students can come out without harm or injuries.

Compare this to Boxing, where if you spar with a partner, you are likely to get hurt, regardless of how lightly you train.

The second alternative to Krav Maga is Muay Thai, or some form of kickboxing. Kickboxing is immediately placed ahead of boxing due to the incorporation of kicks, which can be devastating when used correctly.

Kickboxing is also what some may consider ‘real fighting’. Because punches are not allowed in jiu-jitsu, it is easier to think and concentrate on beating your opponent. But like Mike Tyson famously stated, “Everyone has a plan until they get punched in the mouth”.

Muay Thai is closer to a real fight than Jiu-Jitsu is, as the punches and kicks make a big difference.

Punches can really affect your focus during a fight, something that may be hard to understand if you haven’t sparred before. You can calmly think your way out of a submission attempt, but you can’t do the same to a barrage of punches.

Kickboxing teaches you this ‘real’ aspect of fighting, which can help you focus and stay calm during intense situations.

Yes, of course MMA is a great alternative to Krav Maga, why wouldn’t it be?

Krav Maga incorporates almost all aspects of MMA. The main difference is that MMA is a sport, while Krav Maga is not. However, the fact that it IS a sport helps us see what works and what doesn’t in a publicly seen fight.

MMA is easily the best alternative to Krav Maga, as its effectiveness is proven inside the cage weekly.

The fact that MMA is a sport allows its competitors to try various techniques, with only the most effective fighting styles emerging victorious. Pick a good MMA fighter, emulate their style, and you will learn to defend yourself.

Because MMA has a less restrictive ruleset compared to other combat sports, it is the closest thing to a real fight that you can see almost every weekend on TV.

In short, Krav Maga is the best hand-to-hand combat style, because it is the least restrictive, and most efficient. It emphasizes the use of any technique that will end the fight quickly, as well as incorporating techniques from martial arts such as Boxing and Wrestling.

If you enjoyed the post, be sure to check out the Training Tips page for similar articles concerning self-defense and martial arts training. Thanks for reading!

How Long Does it Take to Get Good at Muay Thai?

Why Do UFC Fighters Keep Punching After A Knockdown?